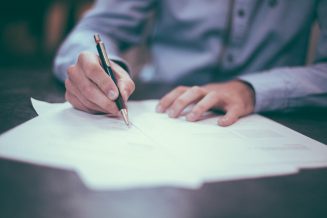 In early 2015, the National Center for Advancing Translational Science (NCATS) in conjunction with the Clinical and Translational Science Award (CTSA) leadership identified a need for a federal sub-award for clinical trials. This need was echoed by in March of 2015 by the FDP (Federal Demonstration Partnership). In June of 2015, the federal sub-award work group began the development of a master agreement with representatives from the CTSA Institutions and FDP Member Institutions. The goal was to create a sub-award template for federally funded clinical trials that most domestic institutions could accept negating the need for tedious negotiations.

The work group created the agreement using the premises of:
– An NIH sponsor
– Fixed Price
– Domestic enrolling sites only
– Comply with all federal regulations
– Adhere to ACTA terms whenever possible
– Allow study specific terms to be added
– Create budget guidance

The sub-award was officially approved for use by the CTSA stakeholders, the NIH, and the FDP in August 2016.

Have questions, problems or concerns? Please contact us and let us know!

We've received your information. Please feel free to contact us if you any questions, problems, and/or concerns.

We've received your feedback and will respond to you as soon as possible!